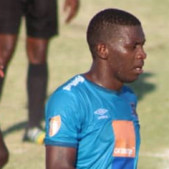 The Round of 16 tie between the Premier League giants and current Debswana First Division North log leaders was played at a good tempo, with Rollers having more of the chances but Sua also playing their part in making it a tight affair.

In the end Orebonye broke the deadlock to hand the Blues victory.

Rollers made four changes to the starting line up from the previous match against Orapa United.

Kabelo Dambe, Edwin Moalosi, and Ofentse Nato, who started the Orapa game, were missing this time, out injured, while Motsholetsi Sikele dropped to the bench.

Rollers had more of the ball a created some chances in the first half, but, in a game played at good tempo, Sua held their own.

Sua goalkeeper Andrew Thabo Race was the busier of the two goalkeepers as Popa tried a combination of balls played into the box and direct shots from distance.

Rollers had a penalty shout turned down in the 40th minute when Moyana was brought down by Sua goal minder Race.

The match was goalless at the break.

Moyana, injured before the break, was replaced by Motsholetsi Sikele as the second half commenced.

Less than ten minutes into the second stanza, Orebonye produced a towering header that forced a one handed save off of Race.

Sua worked a combination of sitting back to absorb pressure and periodically going forward to attack, with a good display of confidence on the ball and getting crosses into the box.

Bame Morwalela came on for Tlhalefo Molebatsi in the 70th minute.

Just three minutes into the action, Morwalela shot at goal from close range but Race was equal to the task.

Orebonye then pounced with three minutes left with a typical striker’s poacher shot, controlling within the box then striking past Race to hand Rollers the 1-0 victory.

In injury time, Lemponye Tshireletso, who had come on for Mbowa 12 minutes from time, came close to adding a second, while on the other end Dikago used his feet to block a Sua attempt to force extra time.