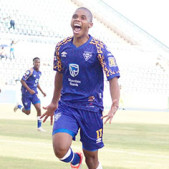 The two sides were evenly matched for most of the match and it took the Molebatsi effort to separate the two.

Hassan Oktay kept the same starting line up from the previous match, the 2-0 win against Extension Gunners at the same venue.

The 1980s Johnny Mokhali classic “Ko Jwaneng,” a song about ‘dinaletsana,’ a Galaxy of stars from Jwaneng emerging into the football limelight, seemed the perfect soundtrack for the day.

Popa faced their opponents so soon after they emerged into the continental limelight, deserved qualifiers for the CAF Champions League group stage.

Mokhali’s lyrics “gongwe o ka botsa yone Township Rollers” were particularly poignant on this hot Gaborone afternoon- and the Blues provided the answers to questions posed by the Galaxy Stars from Jwaneng.

Ahead of kickoff, the two sides observed a moment of silence in honour of the recently deceased Zebras and BDF XI kit manager Dintwa “Blek” Ramontsho.

Rollers had an early chance, Mosha Gaolaolwe juggling the ball in the opposing penalty area, positioning himself, only to see his attempt go wide with Galaxy goalkeeper Ezekiel Morake off his line.

Galaxy had their own chance later in the opening stanza, an overlapping Moagi Sechele ballooning the ball high from close range.

Just before the break, Rollers goalkeeper Kabelo Dambe had to leave his line to clear the danger as the Galaxy forwards tried to intercept a Segolame Boy backpass.

After a goalless first half the two sides emerged determined to get on the score sheet.

Morake had to block a Rollers attempt, the ball ricocheting off the post before the Galaxy rearguard cleared their lines.

Galaxy substitute Wendell Rudath had the ball in the back of the net but his attempt was ruled out for the use of a hand.

Dion skinned a Galaxy fullback before whipping in a delicate cross into the box; Betrand cleverly dummying the opposing backline before the ball fell to Molebatsi whose attempt went agonisingly wide.

But Molebatsi made amends minutes later, grabbing a 79th minute winner, a clinical finish from just within the left side of the Galaxy box.

And so it ended 1-0 to Rollers, an important victory against potential title rivals, as the Blues made it six points from the first two league outings.

Copyright 2021 The Official Township Rollers FC Website. Permission to use quotations from this article is granted subject to appropriate credit being given to www.rollersfc.com as the source