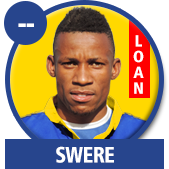 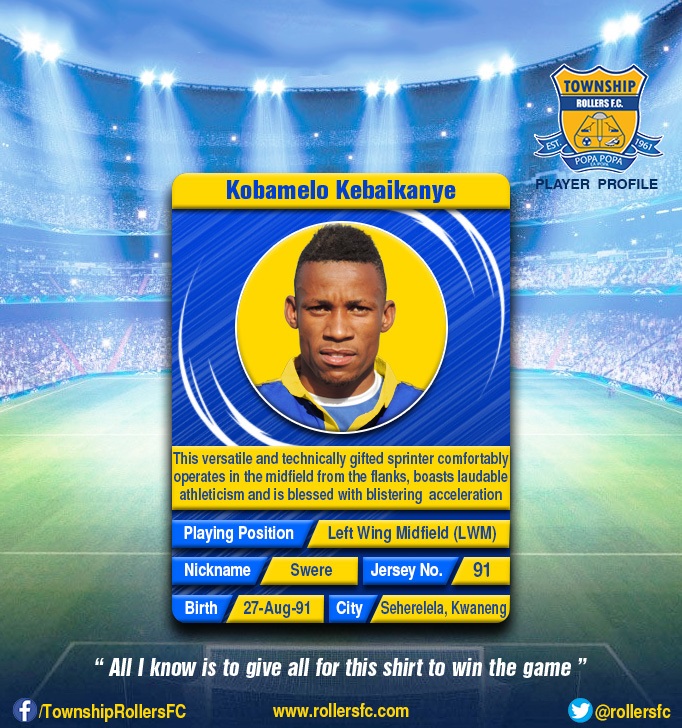 Kobamelo Swere Kebaikanye has earned a reputation of one of the most feared wingers in Botswana Premier League owing to his brisk movements on the flanks, and boasting laudable athleticism, blessed with blistering acceleration over short and long distances. It is obvious why he is so highly regarded by his fellow teammates at Rollers.

All the way from Seherelela, in the Kweneng District, Swere developed a liking for football at an adolescent age of 14 years while schooling. The left footed midfielder starred and gained recognition while playing for his school team when facing school teams at Kanye, Tsabong and Gaborone. To the surprise of his family and relatives, he then chose for a footballing career. This never-tiring midfielder acquired a wealth of skills from playing continuously at his home village’s football ground against his competitive friends. He always seeks inspiration from his brother, who always guides, assists and motivates him in all ups and downs.

As a junior, Kebaikanye played for the Under-17 National Team in 2008. He marked a spectacular presence by winning a Silver medal at the COSAFA Under-17 Championships. Owing to his great performance in the field of play at a National stage, Molepolole New Town Highlanders recruited him on a yearly contract in 2009. He once again featured in the National team Under-20 in 2010 during his stay at Highlanders.

In 2010, Rollers signed him after his remarkable performance at his previous club, and Swere remarkably showed his presence in Rollers by helping Popa win the double-Premier League and Coca Cola Cup that season.
Jersey number 3 poised a big threat over the opponents from the wings in the 2013-14 season, where he plotted 3 magnificent goals in the Premier League, and was the sole player in Popa to provide the most number of assists.

A versatile and technically gifted left winger, who comfortably operates as an attacking midfielder from the flanks, can also perform a deeper role by briskly penetrating into the oppositions box causing threat and has developed a penchant of scoring spectacular goals.